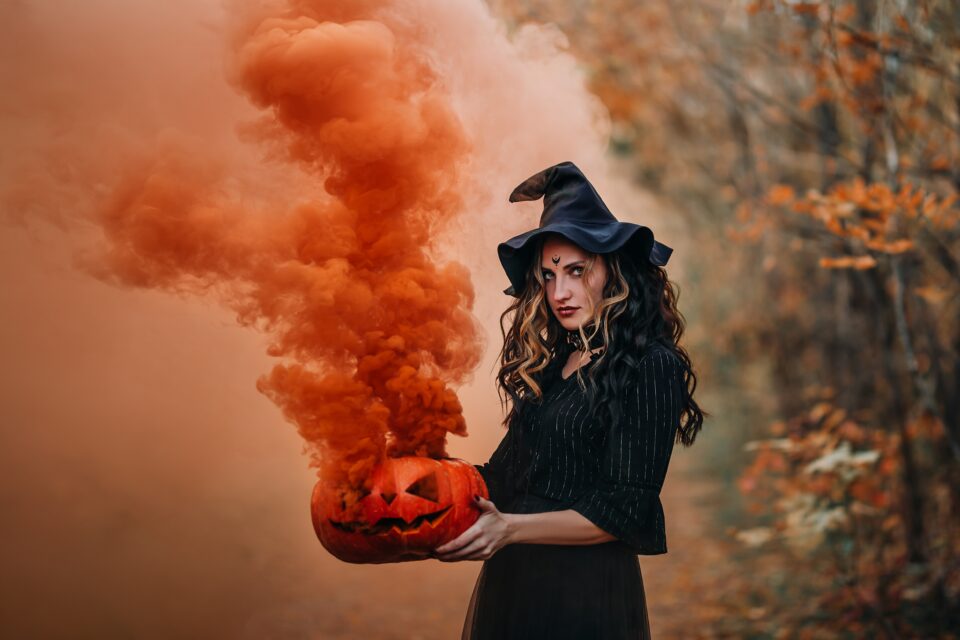 While most of us are familiar with the date and traditions of October 31st, how did this spooky fun develop from a superstitious festival? The modern non-religious associations of costumes and candy are now embedded in American culture but differ somewhat from its pagan and Christian origins.

Although some historical scholars argue over certain connections, however both the past and present shares common themes such as ghosts.

Countries with a strong Celtic past like Ireland and Scotland have the strongest connection to the roots that inspired our creepy traditions. Irish settlers may have popularized the celebration of Halloween in the United States just a few hundred years ago.

The beginnings of Halloween itself may stretch back much further – as far as a couple of thousand years!

The Celtic/Gaelic harvest festival of Samhain is a close cousin to Halloween, held on the first of November to mark the end of summer. The Celts would begin the event at dusk on the evening preceding November first, since this was the true start of the day. It was also the beginning of the Celtic new year and the date when summer changes into winter.

The Hallowed Past Of Celtic Traditions

Our Celtic ancestors were obsessed with opposites and divided the year in two, tying each half to either light or darkness. Samhain symbolizes the onset of darkness, and they believed that the separation between the real and supernatural worlds blurred during the festival.

They celebrated the event in villages with an enormous feast, similar to Thanksgiving and other Harvest festivals. The date was important for bringing the local community together, and as with similar traditions world-over, to process bereavement and contemplate rebirth.

The winter stockpile would be gathered, and cattle slaughtered for the feast. They fueled large fires with the resulting bones, possibly leading to the word “bonfire.” The killing of cattle may have been a symbolic sacrifice to the deities in the hopes of a prosperous new year.

They believed that those who had passed in the prior year would cross over to the spirit realm and that those spirits already deceased could temporarily come home. Many of the Celtic rituals associated with Samhain are thought to stem from the desire to accommodate the visiting spirits of deceased loved ones.

The idea behind carving scary faces into pumpkins (the jack-o’-lantern) is to frighten off evil ghosts. The Celts may have thought that these perceived supernatural forces posed a threat to their crops. In Ireland, carved turnips were traditionally used for the same purpose, and it is believed that there was simply a greater abundance of pumpkins in America, prompting the switch.

Using masks may have stemmed from the desire to conceal an individual’s identity from unfriendly spirits that were passing through. At the time, these supernatural visitors were thought to include mythical creatures too, such as goblins and shapeshifters.

Wearing costumes may also be linked to Samhain because the Celts wore the remnants of animal sacrifices as they speculated on predictions for the future.

Costuming may also have provided a healthy outlet for the Celtic youth to pose as ghosts. This enabled them to have a much-needed relief to temporarily break free from the rigors of daily life. It may also have included cross-dressing, general breaking of the rules, and playing practical jokes on their seniors.

Besides Celtic revivals of Samhain, other neopagan groups such as Wiccans may observe a similar and closely related event.

The name Halloween is itself derived from All Hallows’ Eve, with a ‘hallow’ being a holy person. Christians celebrate all Saints’ Day on the same day as Samhain, and as with Christmas Day, the feast would begin the evening before. The focus of the event is celebrating those kind souls remembered in prayer, including holy saints.

In efforts to convert more pagans into the faith of Christianity, they rolled many beloved pagan festivals into celebrations marked on the Christian calendar. All Saints’ Day was previously held on the 13th of May, but the date was changed by the 7th-century pope. This was possibly an attempt to replace and overshadow the pagan celebration of Samhain.

In recent times, some religious groups have attempted to separate Halloween from the Christian observances that occur simultaneously. There have also been efforts to diminish the occult associations. Some of these conscious changes may have helped shape the celebration that we recognize today. Halloween is now viewed as a fun, family-oriented event that binds local neighborhoods together with trick-or-treating. Happy Halloween!