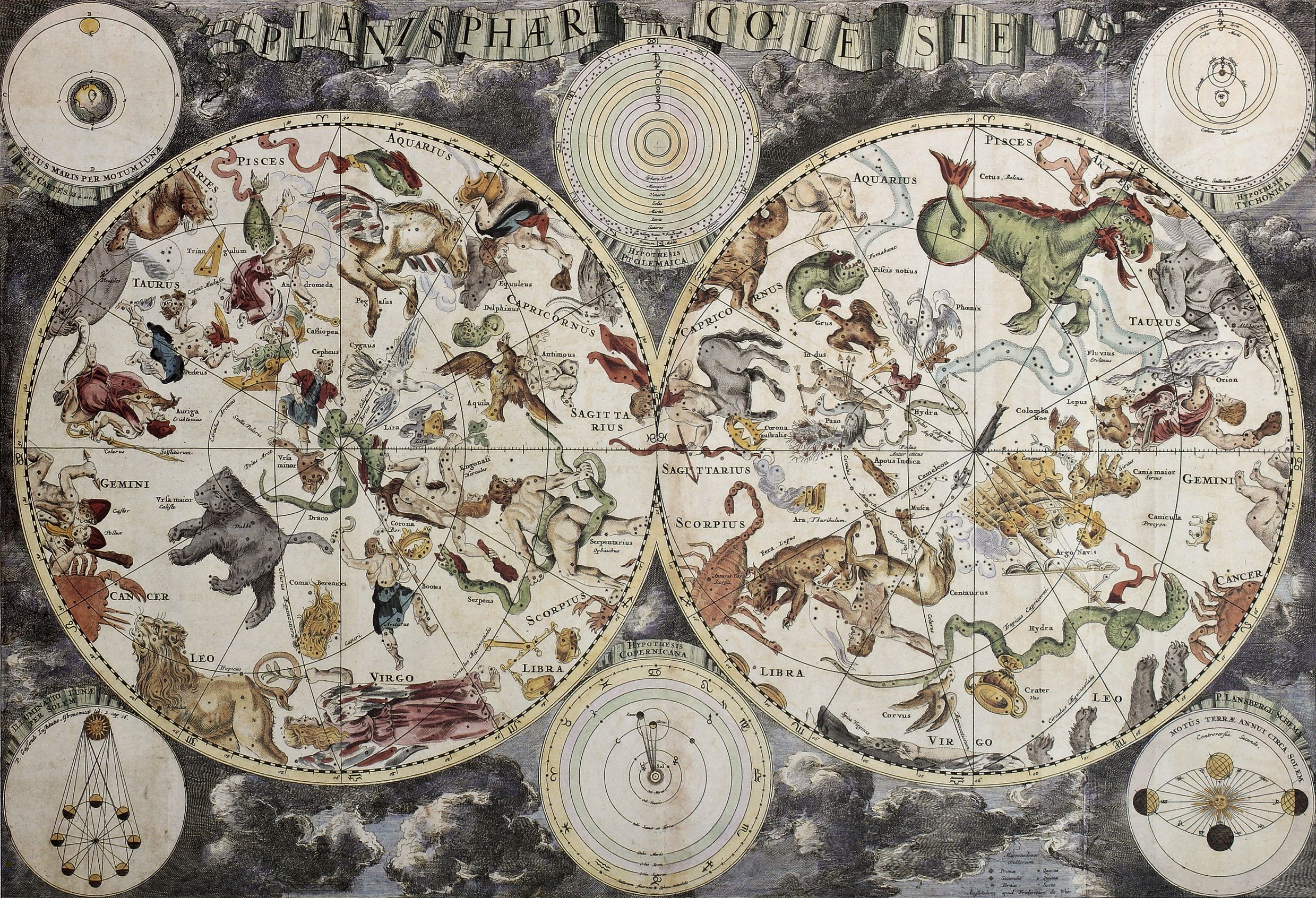 There are many constellations you can view with your telescope from your backyard. If you are a novice in Astronomy, you might have difficulty identifying these constellations, but over time, you’d be a pro at it. Let us take a look at some of them:

Let’s begin with the northern sky, here you will find the north circumpolar constellations. The most prominent of them is the Big Dipper. The Big Dipper is not a constellation; it is part of a major group of stars called the Ursa Major or the Big Bear.

You can also find Polaris at the earth’s northern pole but the further you move south, the lower Polaris tends to appear. Polaris is grouped amongst the Ursa Minor, the Little Bear and it is the brightest star in the group.

Cassiopeia, found in the northern sky and named after Cassiopeia, the vain Queen of the Greek mythology. This constellation is pretty easy to identify. It can be found high in the north-east during the evenings in October, though you can find Cassiopeia at any time of the year using the Big Dipper. The formations of these two stars are like riders on the wheel of a Ferris. They spin round Polaris once a day, as one plunge downwards, the other rises upwards and vice versa.

Cepheus constellation was named after the husband of Queen Cassiopeia, its distinctive shape makes it easy to spot if you stargaze during the evenings in the months of August and September. At nightfall, Cepheus tends to appear like it is upper right of Polaris. Around dawn, you will find Cepheus to the left of Polaris and high over Polaris at midnight.

Draco, also called Draco the dragon is a circumpolar constellation, what this means is that it is out every night, throughout the night, all year round. The best times to look out for this constellation is during the summer evenings at the northern hemisphere as this is when you get to see the flashing eyes of the Dragon looking down up from the northern sky. You can draw an imaginary line from the star Altair through the star Vegas and you will find the Dragon’s eye staring hard at you from high in the evenings in the month of July and August.

Camelopardalis, meaning the Giraffe. Camelopardalis can be found in the Northern hemisphere, during winter, autumn, and spring. The best time to view this constellation is during the evenings in February. Camelopardalis is part of the group of stars in the Ursa Major.
Orion the Hunter is one of the brightest stars and is mostly found during winter evenings. It can be identified by Orion’s belt – three medium-bright stars found at the mid-section Of the Hunter. Orion can be found in the south-east at early evenings and high in the south by mid-evening.

Monoceros, the Unicorn, lies on the celestial equator. It is the 30th largest constellation and lies between latitude +75° and -90°. It is most visible during winter in the northern hemisphere and bordered by Canis Major to the South, Gemini to the North, Hydra to the East, and Orion to the West. Monoceros is one of the constellations named by PletusPlancius, the Dutch astronomer.

Canis Major, which means greater dog in Latin, is a constellation in the northern celestial hemisphere from December through to March. It can be found in the southern hemisphere between November and April. It represents the larger of the two hunting dogs associated with Orion the Hunter. Canis Major is an ancient constellation which represents many different meanings to different cultures.

Gemini referred to as the twins in Latin is one of the zodiac constellations. The twins refer to Castor and Pollux in classical mythology. Gemini is visible in the Northern hemisphere form winter to spring and in the southern hemisphere during summer.

How to install and configure the AWS CLI on Windows 10