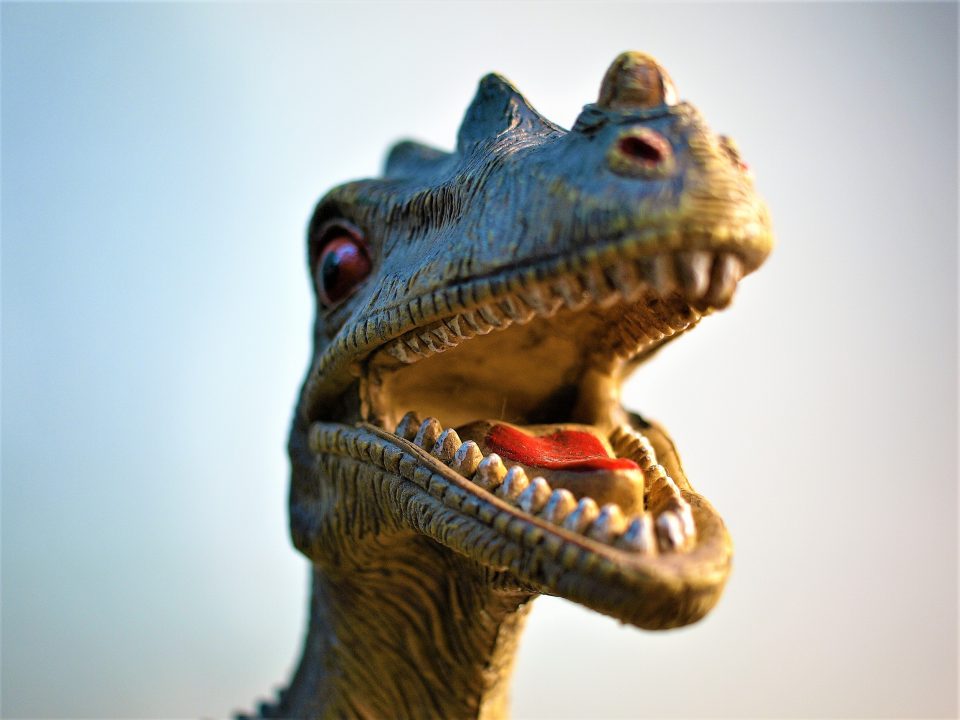 Dustin the Dinosaur was a very cute and very green little dinosaur.  He had a dark green body and bright green spines on his back.  His feet were even green and were a little too big so they caused him to trip a lot.  But Dustin didn’t mind.  He liked that he was growing, even if his feet were big and clumsy.

Dustin had just started the second grade so he was learning things that only the older dinosaurs knew.  That made Dustin feel very proud…and very smart.

One day, Dustin was very bored.  It was raining outside and none of his friends could play.  It was Saturday so he couldn’t even go to school.

Dustin’s mother smiled a green smile and answered, “You could help me clean the house.”

Dustin didn’t think cleaning the house sounded like much fun.  So, he went to where his father was working in the garage.

Dustin’s father gave him a green wink.  “You could help me tidy the garage,” he replied.

Dustin didn’t think tidying the garage sounded like much fun either.  He went up to his room and watched the rain fall from the sky.  Soon he was bored with that too.

As he looked around his green room for something to do, Dustin noticed the bookshelf was full of books he had been given.  He loved getting books for his birthday and Christmas or when he and his parents went to the store. But he was always too busy to read them.  Today, he wasn’t too busy at all.  So, he pulled one out and began to read.

Dustin had heard that people used to exist.  They were all different colors but none of them were green.  They were just like him in some ways because they had mothers, fathers, sisters, and brothers.  They went to school like he did too.  But, they weren’t green and he could not imagine anyone not being green.

As Dustin began to read, time flew by.  He read about how people drove cars instead of flying dino-planes.  They talked in different languages too rather than in dino-talk.  He wondered what it would have been like to live long ago and be a person instead of a green dinosaur.

The thing Dustin liked best was that no matter what color the people were, they were all alike.  He wondered if dinosaurs were all different colors if they would still be alike too.

It seemed like only a minute had passed by but already Dustin’s mother was calling him down to eat dinner.  His day had turned out to be very interesting and not boring at all.  He looked out the window at the pouring rain.

“I hope it rains again tomorrow,” he told his parents.

“Why is that?” his mother asked.

“So I can read another book,” Dustin replied.

Dustin’s father turned to him and said, “Son, you don’t have to read because it’s raining or just because you are bored.  You can read anytime you want to learn or when you want to be entertained.  Reading will make your world more colorful because everything in life isn’t just green, life is a rainbow of colors you’ll find when you take the time to read books.”

Are our infrastructures secure?

I am Mitch I am a professional writer, I like to write about Horror, Thriller, Fantasy and Science fiction. My hobbies are swimming and hiking.